BRIDGETOWN, Barbados, 25 August 2015, (CRFM) – Industry figures and government officials from across the Caribbean fishing industry Tuesday wrapped up two days of talks here acknowledging they were at the very early stages of introducing a new regime for safe seafood for local and international consumption.

The two-day meeting is part of a European Union-funded project to help CARIFORUM countries introduce laws, regulations and a governance system to guarantee safe seafood for export to EU markets and beyond.

The project, which is being carried out by the Caribbean Regional Fisheries Mechanism (CRFM) and supported by the Inter-American Institute for Cooperation in Agriculture (IICA), aims to ramp up food safety standards to enable CARIFORUM fish exporters to take up trading opportunities under the EU Economic Partnership Agreement (EPA). 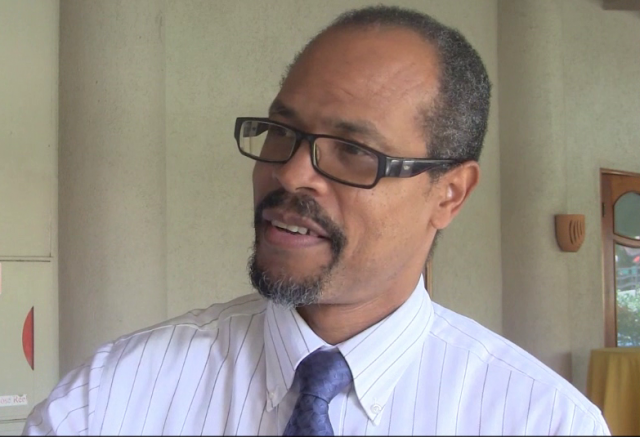 “Developed countries – the EU, United States, Canada … all have standards that you must meet in order to export to their market,” said Milton Haughton, CRFM executive director. “In our countries we may not meet all those standards currently and so we want to put in place the systems which are quite complicated to be able to enter those markets to satisfy their requirements so that our products can be exported.”

The EU is requiring exporting nations put enforceable legislation in place in each country to govern SPS standards.

“The experts here (were) discussing the regulations, the human resources (and) the institutional arrangements that are required to monitor, evaluate (and) test for various pathogens, and to ensure that we do have a good system in place that meets with international best practice.” Haughton said.

So far, compliance with globally established standards in the region is voluntary – a worrisome development that experts say is stopping member states from tapping into niche markets overseas and boosting foreign exchange earnings.

The meeting discussed how to introduce a region-wide set of food safety and environmental safeguards which were presented for review by a team of legal and scientific consultants who moved through the region assessing the state of industry over the last two months.

As they travelled through CARIFORUM group of nations – the 15-member Caribbean Community (CARICOM) and the Dominican Republic -a team of consultants from Jamaica, Britain and Iceland inspected processing plants, cold storage facilities and testing laboratories.

The CRFM head expressed the hope that adopting SPS measures region-wide could also have spinoff benefits for local consumers.

“It’s not only about exporting and earning exchange; it’s also ensuring that our people have healthy and safe fish and seafood to eat,” he added. “Given the challenges that we have in this region for economic development, employment and earning foreign exchange, we have to make use of all the resources that we have including ensuring that we can get good prices for our fish and also have safe fish and seafood for our own people.”

Belize, one of the region’s leading fish and seafood exporters, is hoping to learn from other CARIFORUM countries represented at the meeting while offering to sharing information with smaller exporting nations that would help improve food safety standards.

“For the first time, we’re having a forum where we could start discussing (SPS) issues as a region,” said Delilah Cabb Ayala, SPS Coordinator for the Belize Agricultural Health Authority (BAHA). “Each country has been looking at their own legislation, trying to ensure that they make the necessary amendments, just to be able to have access to the EU and the other trading partners with which we are currently trading.”

Cabb Ayala said the regional effort to harmonise SPS rules across CARIFORUM will be a “lengthy process” but with nations such as Belize ahead of others, she is hoping that proposals will emerge that "take into account all the different levels that we are dealing with within the region."

She continued: “(This) meeting to ensure that we have harmonised procedures is a good thing. Additionally, it allows for technical experts to bring to the fore their current situations, and at that level try to come up with proposals that can actually be implemented at the national levels."

“We could learn from other countries.  In the discussions, I said I will be sharing some information that we are implementing in Belize. So countries could look at our proposal and if it is for them adaptable, they could readily move with that.”

The two-day meeting posed questions regarding primary and secondary legislation, including coming food safety laws and protocols, processes for appeals, and procedures for licensing, export and controls.

The meeting considered strategic priorities at the national and regional level and began discussions on a governance structure for food safety and fisheries. The officials also considered how to integrate their work into the development of the fledgling Caribbean Agricultural Health and Food Safety Agency (CAHFSA) based in Suriname and the progress towards the setting up of national health and food safety authorities.

More in this category: « CTA/CRFM/CNFO Consultation to formulate Small-scale Fisheries Governance Arrangements for the Caribbean Caribbean authorities lead the way to cross-sectoral, sustainable development of the Blue Economy »
Login to post comments
back to top