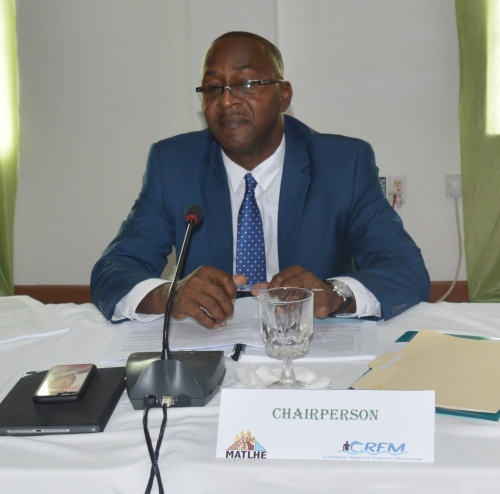 BELIZE CITY, BELIZE, WEDNESDAY, 23 May 2018 (CRFM)—Fisheries Ministers who recently attended the 12th Regular Meeting of the Ministerial Council of the Caribbean Regional Fisheries Mechanism (CRFM), held in Montserrat on Friday, 18 May 2018, endorsed a newly drafted protocol on Securing Sustainable Small-Scale Fisheries in the region. 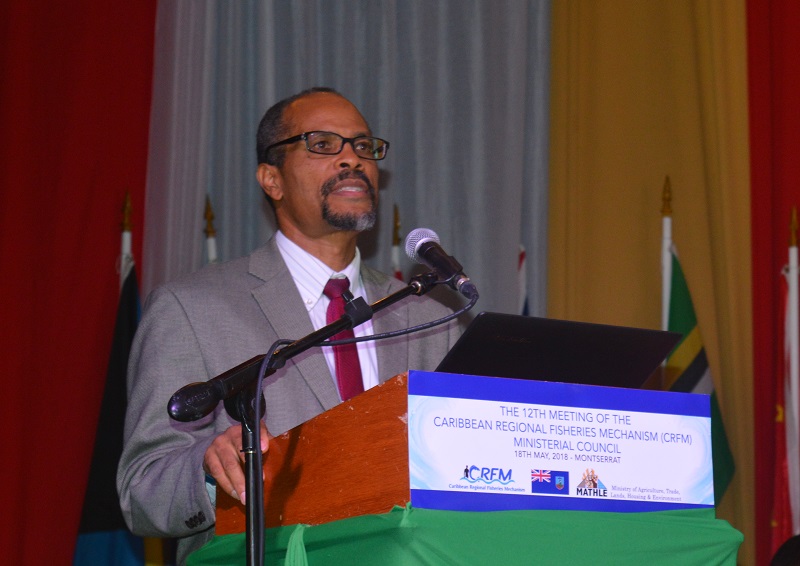 He explained that the Protocol had been developed within the framework of the Caribbean Community Common Fisheries Policy (CCCFP), accepted by CRFM Member States in 2014. The protocol, which addresses principles and standards for securing and strengthening small-scale fisheries, is the first protocol under the CCCFP, he added.

The Ministerial Council endorsed the Protocol and agreed on the need for immediate implementation. It, furthermore, called on regional and international development partners and donors to support the Protocol on small-scale fisheries and to assist Member States with implementing it as well as the CCCFP, to improve fisheries and aquaculture governance, as well as management in the region.

He also flagged climate change, security at sea, and illegal, unreported and unregulated (IUU) fishing as three priority areas for the Caribbean’s fisheries sector. At the opening of the Meeting, Holder spoke of the destruction wrought by two catastrophic hurricanes, Irma and Maria, on some CRFM Member States last year, amid a period of above normal cyclonic events attributed to climate change. 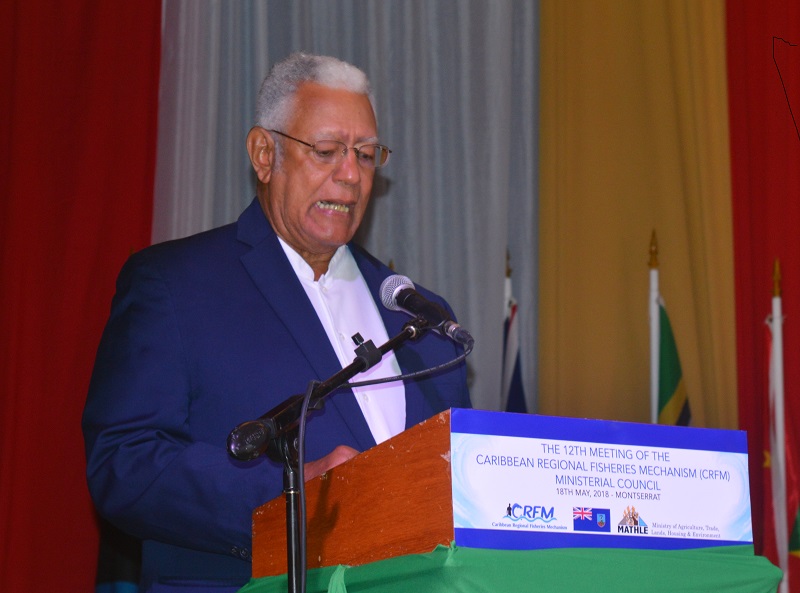 On the issue of IUU fishing, Holder said that in CARICOM, 25% of catches are unreported and 5% are illegal, based on information published by the United Nations Food and Agriculture Organization (FAO).

Whereas illegal fishing is a problem – both globally and regionally – so too is piracy on the open waters. Minister Holder underscored during his remarks that the security of fishers as they traverse the waters of the Caribbean must be a high priority as the Council forges ahead. He spoke in light of the recently reported pirate attack off Suriname, feared to have claimed the lives of at least a dozen Guyanese fishers. The Minister said that his sympathies are with the families of the affected men.

Haughton noted that the Council meeting was taking place against the backdrop of a difficult and challenging period in the region for many countries, repositioning and reengineering their economies and preparing to address the “new normal” environment challenged by a changing climate, as well as warming and increasingly acidic waters.

Haughton cautioned, though, that the road ahead to building climate-smart, resilient economies; realize sustainable growth and development; and create jobs and prosperity for Caribbean people could prove difficult and challenging, but the CRFM’s resolve would not be broken.

He underscored that, “It is only through joint efforts that we can resolve the big problems, such as overfishing, climate change, marine pollution, invasive marine species, Sargassum seaweed inundation, [and] IUU fishing.”

The need for a united front was echoed by Hon. David Osborne, Minister of Agriculture, Trade, Lands, Housing and the Environment, Montserrat.

“Fish know no boundaries. Let us, therefore, unite as ‘One Caribbean’ to conserve and sustainably use our oceans, seas and marine resources for sustainable development,” said Osborne, who was elected as the new chair of the CRFM Ministerial Council on Friday.

The Minister said that the Caribbean has its niche markets, which include fisheries, and he urged CRFM Member States “to step up to the plate and work with each other” in developing the sector sustainably.

The Ministerial Council also adopted a Policy Statement on fisheries co-Management and fisher engagement and participation, supported through a recently concluded project funded by Japan. The meeting also recognized the successful development of the fisheries using fish aggregating devices (FAD), which was supported by the Project. Although the Caribbean Fisheries Co-Management Project (CARIFICO) ended in April, the Council endorsed a call for the region to pursue continued fisheries cooperation with Japan, with which CARICOM has had a long-standing, productive relationship spanning more than two decades.