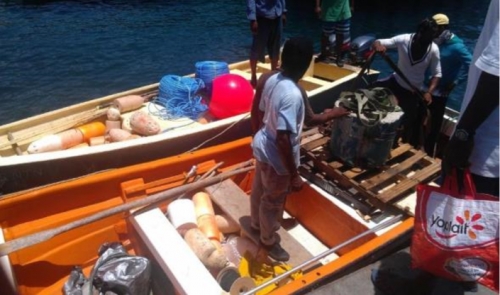 BELIZE CITY, BELIZE, MONDAY, 2 July 2018 (CRFM)—The Caribbean Regional Fisheries Mechanism (CRFM) has been working along with United Nations Food and Agriculture Organization (FAO) to develop a set of best practices for small-scale fisheries centered around Fish Aggregating Devices (FADs) in Small Island Developing States (SIDS). The best practices are being documented following a Pacific-Caribbean Nearshore FAD Fisher Exchange with representatives from 7 SIDS in the Caribbean and the Pacific who recently participated in a study tour in Barbados, Grenada, and Dominica. 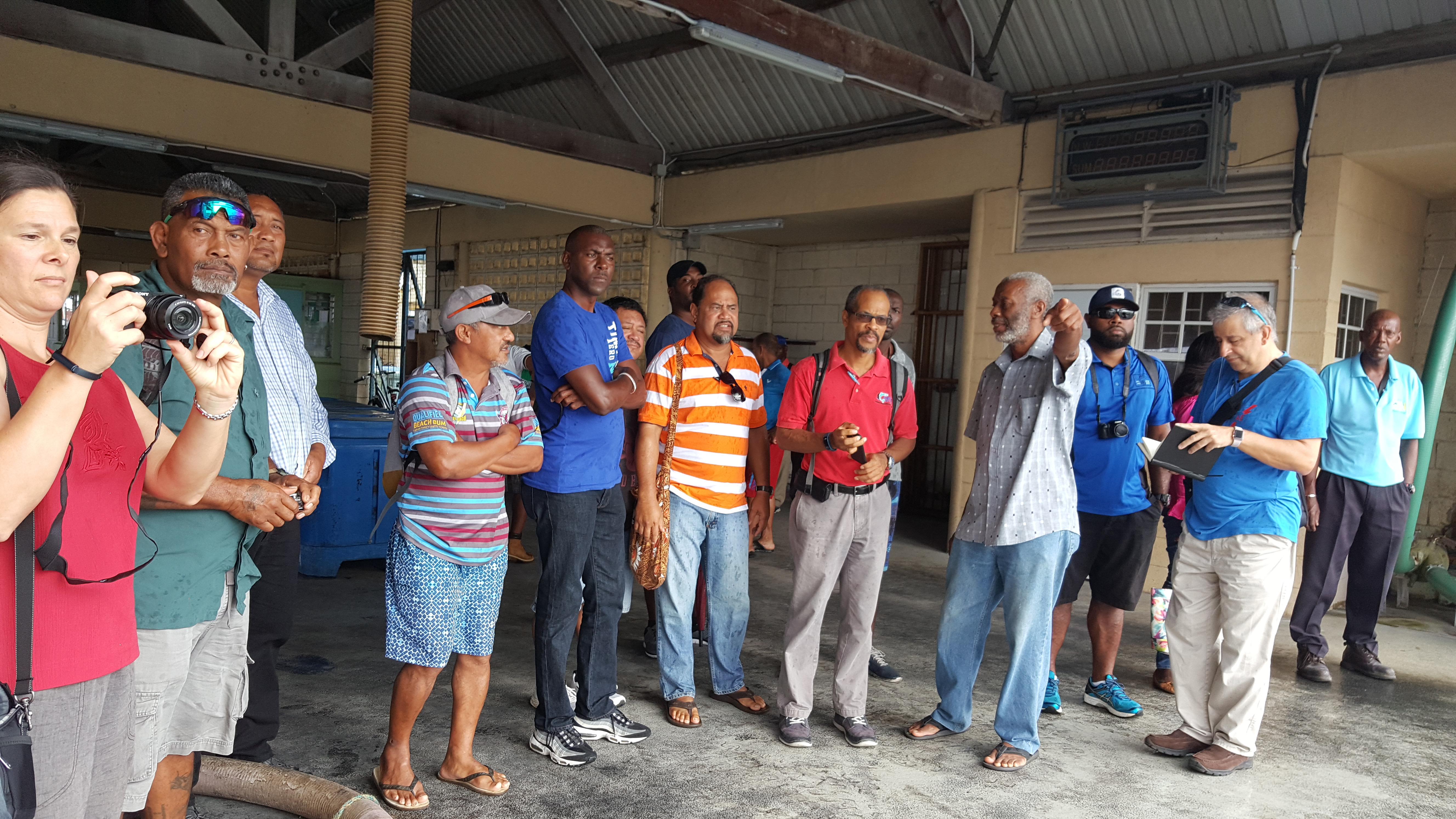 Fishers and Fisheries officials from the Cook Islands, Samoa, Vanuatu and Tonga were in the Caribbean for 12 days, up to the end of May, on a mission organized by the CRFM, in collaboration with the FAO Subregional Office for the Pacific Islands (FAO SAP) in Samoa. They met with fishers and representatives of fisherfolk organizations in the region; government officials and policy-makers; exporters, processors and vendors from the private sector; as well as residents of fishing communities. Gaining knowledge about the use of FADs in the Caribbean will help the Pacific to fulfill the mandate of the 2015 Road Map for Sustainable Pacific Fisheries, which calls for the supply of tuna for domestic consumption in that region to be increased by 40,000 tonnes a year by 2024.

CRFM Executive Director, Milton Haughton, said, “The study tour was an important opportunity for fishers and fisheries officials from the Caribbean and Pacific islands to exchange information regarding their experiences in FAD fisheries development and management.”

The Pacific delegation had their first information exchange with fishers, fisheries officials and private sector vendors and processors in Barbados, where small tethered FADs (called ‘screelers’) are used to attract flyingfish. Next, they traveled to Grenada, where they met the Minister responsible for Fisheries, Hon. Alvin Dabreo. The Minister expressed his country’s commitment to strengthening collaboration with the Pacific SIDs and promoting the development of sustainable FAD fisheries.

During their visit to Grenada and Dominica, the Pacific delegation teamed up with local fishers to make fishing gear which they used to harvest tunas and other species that had aggregated around the anchored FADs set near the coastline. Grenada operates a vibrant small-scale FAD fishery, which it introduced from Dominica, a leader in FAD technology and operation in the Caribbean. The participants explored and discussed the role of the fishing cooperative in promoting and supporting the development and management of the FAD fishery in that country. 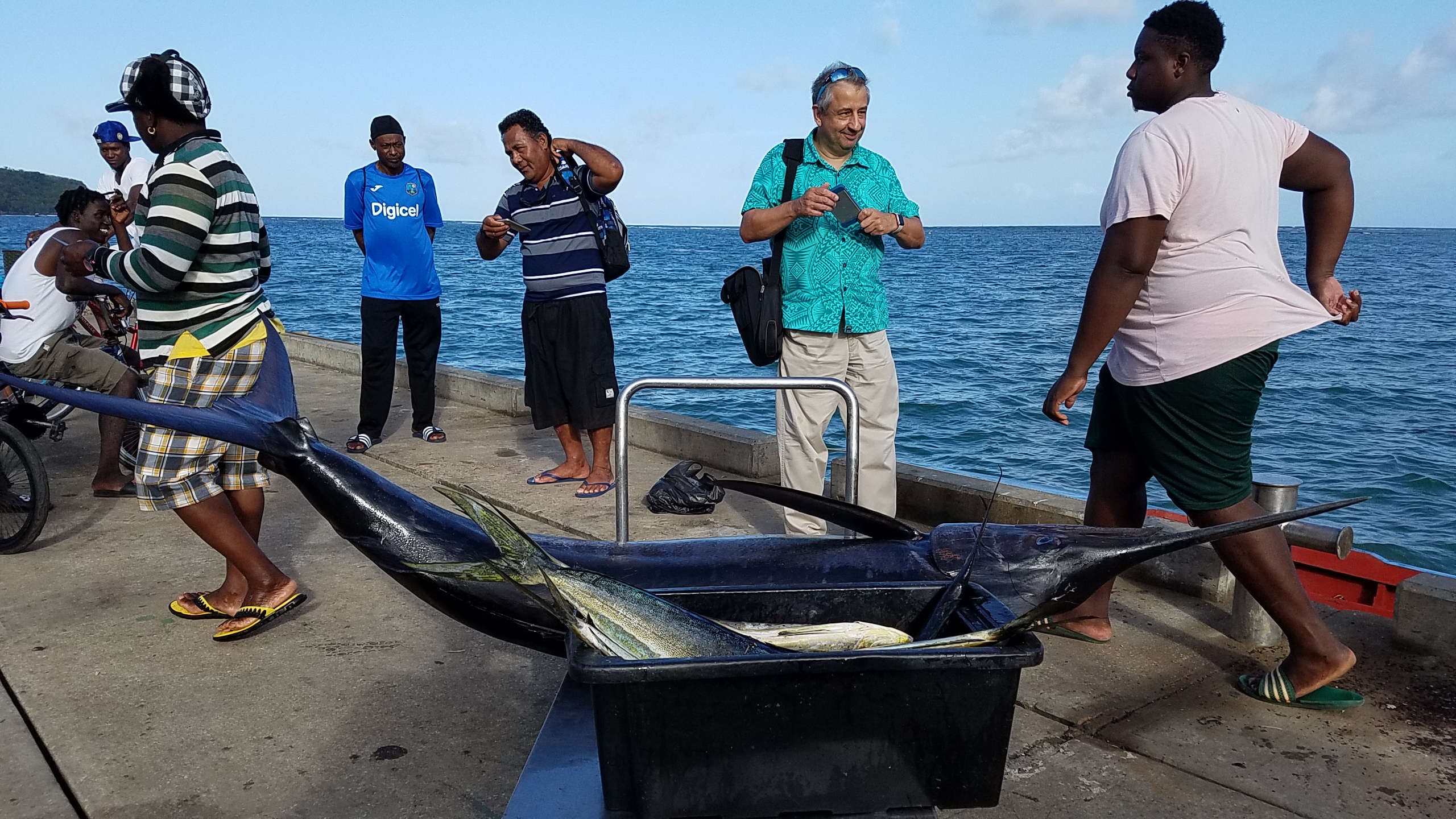 The study tour was a critical part of the collaborative and consultative effort by the CRFM and the FAO to facilitate the exchange of fishery-specific information, as well as to collect, synthesize and analyze data and information on the small-scale FAD fisheries in the Caribbean and Pacific SIDS. During the tour, participants conducted an analysis of the strengths, weaknesses, opportunities and threats (SWOT analysis) relevant to the FAD fishery, to derive a set of best practices that would support sustainable development and effective management of small-scale FAD fisheries in the Pacific and Caribbean.

Back in 2012, Vanuatu introduced a FAD design based on the Caribbean model, which was modified to adapt to maritime conditions in the Pacific.