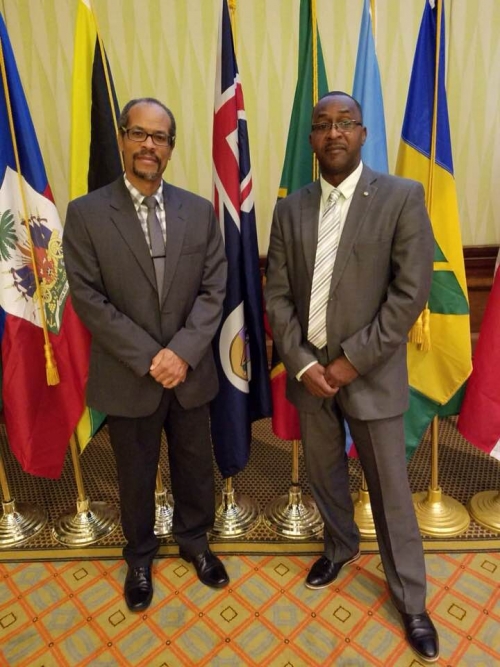 BELIZE CITY, BELIZE, SUNDAY, 14 October 2018 (CRFM)—A Protocol on Climate Change Adaptation and Disaster Risk Management in Fisheries and Aquaculture was approved for CARICOM States during a recent high-level meeting of the Ministerial Council of the Caribbean Regional Fisheries Mechanism (CRFM).

At the 8th Special Meeting of the CRFM Ministerial Council held in Barbados on Thursday, 11 October 2018, during the Caribbean Week of Agriculture, the ministers approved the protocol to the Caribbean Community Common Fisheries Policy (CCCFP), which promotes cooperation and collaboration among Caribbean people, fishers and governments in conserving, managing, and sustainably using fisheries and related ecosystems, as well as improving the welfare and livelihood of fisherfolk in the region.

CRFM Executive Director, Milton Haughton, said, “This protocol is of paramount importance in the region, given the urgent and ever-increasing threats to fishing communities, fishers and the health of marine ecosystems and associated fish stocks in the region posed not only by warming waters and climate change but also by the acidification of the oceans, as a result of increased absorption of carbon dioxide from the atmosphere.”

Haughton said that among the obvious challenges are the bleaching and destruction of corals reefs, frequent massive blooms of Sargassum and other harmful marine algae, and the devastation caused by storms, hurricanes and floods that States must now contend with. 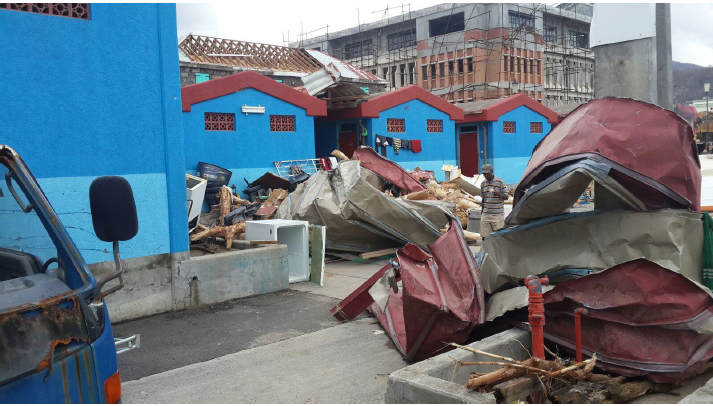 This protocol on climate change and disaster risk management comes as the region is still trying to bounce back from the devastating impacts of two catastrophic hurricanes, Irma and Maria, which struck last year. Photo: Roseau Fisheries Complex in Dominica (Fisheries Division, Dominica)

“The damage our countries suffer is not limited to what is seen on land but also extends to the valuable natural resources under the sea which we often do not see,” the Executive Director added.

Haughton explained that the protocol provides pragmatic tools and measures to enable States and stakeholders to adapt and build resilience by working together and sharing experiences and best practices. He also emphasized the need for donors and international development partners to recognize the challenges faced by the countries in the coastal and marine environment, and to support their initiatives by providing tangible technical assistance and funding to help with implementation of the protocol.

The approved protocols were submitted to the CARICOM’s Council for Trade and Economic Development (COTED), which met on Friday 12 October, at the culmination of the Caribbean Week of Agriculture.

The development of Protocol on Climate Change Adaptation and Disaster Risk Management in Fisheries and Aquaculture was fast-tracked with support from the Climate Change Adaptation in the Eastern Caribbean Fisheries Sector (CC4FISH) Project, funded by the Global Environment Facility (GEF). The initiative was implemented in the context of a technical cooperation agreement signed earlier this year by the CRFM and the Food and Agriculture Organization of the United Nations (FAO). 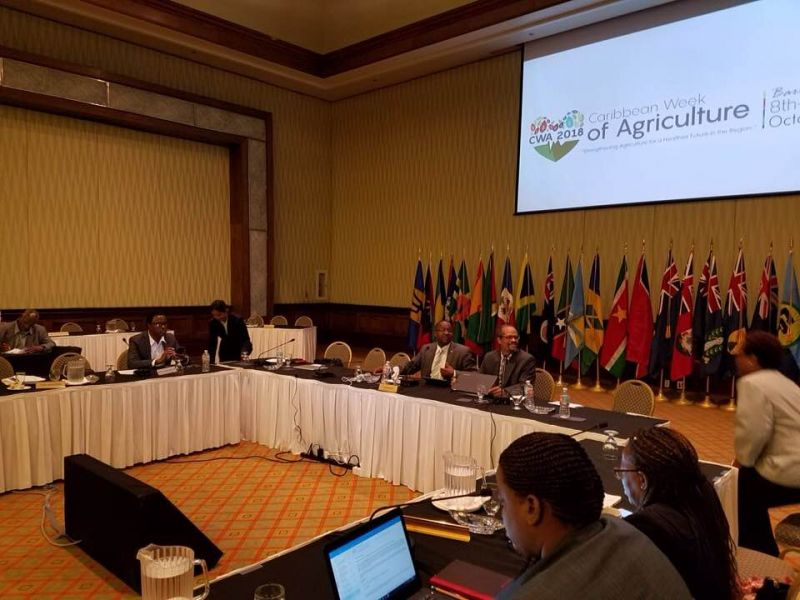 At the Ministerial Council meeting, chaired by David Osborne, Minister of Agriculture, Trade, Lands, Housing and the Environment (MATLHE) of Montserrat, the policymakers also addressed social and welfare issues in the fisheries and aquaculture sector by issuing a policy statement on gender, youth and decent work as follows:

“The Council accepted that international and national norms regarding issues pertaining to gender, youth, and decent work be adhered to, and be incorporated into all CRFM policies, protocols, programmes, and plans.”

In addition, the Council approved a concept note for a proposed project to reduce the vulnerability of coastal and marine social-ecological systems across CARICOM to Sargassum influxes. They also called upon the donor community and development partners to provide the technical assistance and funding needed to support implementation of the project, as well as the two Protocols adopted under the Common Fisheries Policy.

READ the protocol below or download the PDF version attached.

More in this category: « Caribbean Fisheries Minister to consider climate change protocol at 8th Special Meeting in Barbados After record Sargassum influx, CRFM initiates fact-finding study in CARICOM States with support from Japan »
Login to post comments
back to top