Sub-Regional Fisheries Management Plan for Flyingfish in the Eastern Caribbean

The first Sub-Regional Fisheries Management Plan for Flyingfish in the Eastern Caribbean was formally approved by the CRFM Ministerial Council in May 2014 and is now cleared for implementation by CRFM Member States. A consultative process will facilitate stakeholder involvement in all stages of implementation.

The Sub-regional FMP proposes the following:

The Sub-regional FMP also recognizes that overall management of the flyingfish fisheries needs to be improved by taking the following actions:

This management approach demonstrates the commitment of the CRFM and the Eastern Caribbean sub-region towards the conservation of their common or shared fisheries resources and related ecosystems for the long term sustainability of the resources and socio-economic benefit of the people of the region.

This updated Sub-regional FMP further proposes a number of studies, which aim to: (i) generate information about the flyingfish industry that is needed to attract investments in sustainable harvesting and value-addition of flyingfish; (ii) further understand the health of the marine ecosystem, which supports the flyingfish fishery; and (iii) facilitate development of operational objectives, indicators and reference points, in consultation with stakeholders, so as to effectively monitor and evaluate implementation of the FMP at the national and regional levels, according to the agreed management priorities.

A copy of the Sub-Regional FMP may be downloaded by clicking the link highlighted above.

[1]This database is envisioned as a component of a broader regional database pertaining to shared fisheries resources in the region.

[2]This database is envisioned along similar lines as above. 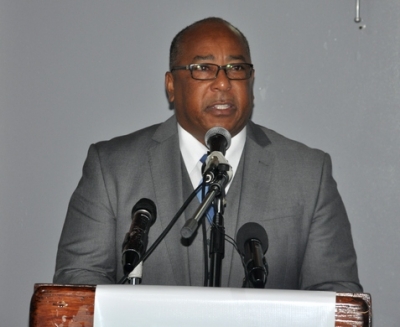 The Sub-Regional Fishery Management Plan for the Eastern Caribbean Flying Fish Fishery was approved at the council’s just concluded eighth meeting held at the Fort Young Hotel in Roseau, Dominica.

The CRFM’s Executive Director Milton Haughton (photo below) says it is the first time the Caribbean has approved a joint management plan for the shared resource. 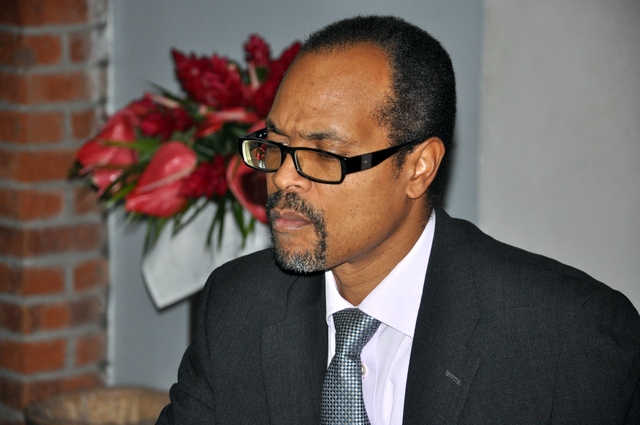 “This is a significant development because this is the way we need to go in order to strengthen the governance arrangements for the shared resources, so this is a first step,” he said.

Haughton says the plan is necessary for the entire region but particularly Barbados, Trinidad and Tobago, Grenada, St. Vincent, St. Lucia and Dominica, which depend on the marine resource.

“Flying fish is shared by these countries. Six CARICOM states, plus the French Department of Martinique, exploit the flying fish at this time. These countries need to come together and together decide on the measures that they would put in place to ensure sustainable utilization, proper management and conservation of this fishery,” he added.

Haughton said this is important so that fishermen can have decent livelihoods, and ensure optimum production for food security and external trade.

Meanwhile, immediate past chairman of the Ministerial Council, Barbados’ Minister of Agriculture, Dr. David Estwick, says a pending fishing agreement between Barbados and Trinidad is being considered by the Barbados’ Ministry of Foreign Affairs.

He explained that because it is a foreign trade issue, the agreement does not lie with his ministry.

“I believe very strongly that the interaction of the various ministers of fisheries [should] allow, therefore, a portal through which you can get into the cabinet and get up to the Prime Ministers, but that is not the way it is structured,” he said.

Dr. Estwick continued: “Within the exclusive economic zone and given that we don’t have the classical 200-mile space sometimes delimiting both countries, I really believe that at the ministerial level, that level of minister-to-minister discussion could resolve a whole lot of this set of delimitations and set the environment for truly having access to the marine space and the resources within that marine space without forming encumbrances.”

Haughton says that with the Sub-Regional Fishery Management Plan for the Eastern Caribbean Flying Fish Fishery now endorsed at the council level, the next step is implementation.

The management plan for the flying fish was prepared with the assistance of FAO/WECAFC, the CLME Project and CERMES-UWI.